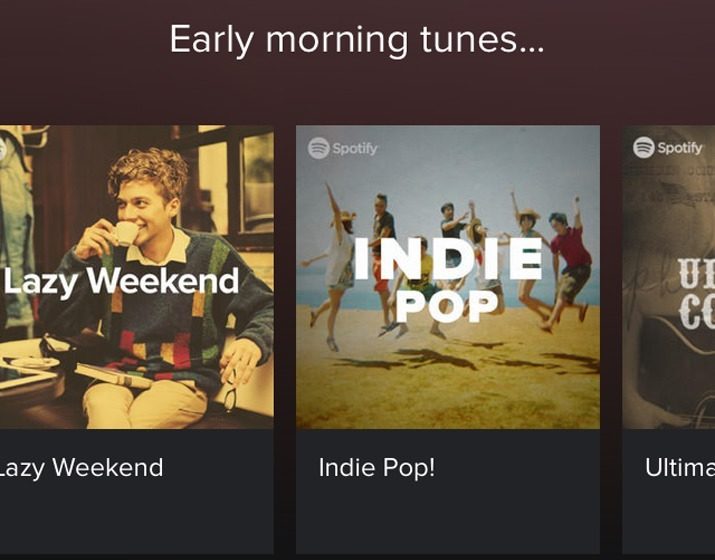 As mobile app users, we love to see some diversity in how elements are being rendered in the app.

One way of presenting a list of items is through the use of horizontally rendered list of cards. Spotify is one of the application that successfully uses this pattern.

Let’s go through a short tutorial to create a horizontal card listing in react native.

What are we building

Let’s start by creating our react native app. We’ll use create-react-native-app for this.

To have a brand new react native app, simply run this in your command line.

With this setup, we would have a react native app that can be run in expo, complete with react native elements.

We will follow Spotify card, so the only items we would need are the description for the card and an image for the body of the card.

We don’t want to have a title for this card, so we pass in null for the title. Additionally, we’d like to have a predefined width for the card so we can have react native flatList render the cards properly; we define this in containerStyle attribute on the card component.

For the list, we are using react native flatlist which is a component that is optimized to render list item.

For the renderRow method in the flatList, we will use card class that we created earlier.

We should now have a list of card rendered in our react native app albeit pretty static.

The data for FlatList is coming from the constant “data” that we declare above the class and set as the state in the component.

If you need more in depth context of listview and flatlist, you can check out my previous article on creating infinite list with listview and migrating listview to flatList.

Guess what, to get a horizontal list is really easy! Just add the horizontal attribute to our list.

On top of the horizontal attribute, for the card to pick up the proper data, we are making use of the item properties passed on by flatList to each of our elements.

That’s it! With the fixed width set, our horizontal FlatList should now looks just how we want it! All we need to do is assign proper images and title, and we’re all set.

Let me know if I miss anything in the comment!